With some three million visitors a year, tourism is now the mainstay of the Sardinian economy but prior to World War 2 it was salt.


It would have been great to have spent more time in the capital but we had signed up for a coach trip into the hills where we could better observe the vast evaporation pans and the geological feature known as the Devil's Saddle, Sella del Diavolo.


Just outside the city there are two wetlands, with both fresh and brackish waters.


Santa Gilla is separated from the sea by the La Plaia sand bank. It is about 8.000 acres of water that blocks the spread of the city. It is the habitat of many species of migratory and nesting birds such as Sea Crows, Coots, Avocets, Purple Gallinules and Stilt Plovers and the spectacular Pink Flamingos.


This area was deviated just after WW2 by pollution for the chemical plants that were built there to boost the economy. Thankfully these have now gone and the area has been cleaned up.


The other part is the Molentargius pond, a vast wetland inside a city area where the flamingos can also be seen.


The park was established in 1999 to protect and enhance this ecologically sensitive area. Entrance is free.


The "Ramsar Convention" designated Molentargius as a wetland of international importance which has given an important boost to the conservation effort.


The pond covers more than 1,000 acres and is bordered by Cagliari on the west and Quartu on the east, Viale Marconi on the north and Is Arenas to the south.


Behind Poetto beach, it was interesting to see the saltpans with their extraordinary coloured waters, which change colour depending on the concentration of salt.


The exploitation of the pond as a source of salt is said to have started in ancient times, under Phoenicians, continued under the Spanish, and afterwards by the Piedmonts. At first people from the villages were employed to collect the salt during the summer months, then prisoners condemned to hard labour were used.


It was this use of the pond that gave it its name. Molentargius derives from "su Molenti" the small Sardinian donkey which was loaded with sacks full of salt or which was used to drag the boats into the canals.


During the years between the two world wars the collecting method changed as vaporising tanks where introduced.


The sea water is pumped from the sea to external basins and from there it is slowly pumped to the central basin. It then crosses the Is Arenas canal and enters the "salting" tanks in Quartu where the final evaporation occurs.


Another good way to learn about Sardinia's salt industry would have been to visit the Conti Vecchi Saltworks, Saline Conti Vecchi.


Although still a working industry, this is now run primarily as a tourist attraction.


It's easily reached from Cagliari, along the SS 195 Sulcitana highway.


Conti Vecchi is Sardinia's longest established saltworks and stretches across the 2700 hectares of the Santa Gilla basin.


Entire families used to live in the salt village. It was the brainchild of Tuscan engineer Luigi Conti Vecchi who, in the late 1920s, implemented a pioneering project to reclaim the basin by building an immense saltworks and, in the process, contributing to the economic and social development of this depressed area on the outskirts of the city.


It began in 1919 as an ambitious pond reclamation project to combat malaria.


The project failed but in In 1944 there was another, more successful, attempt when thousands of tons of dichloro-diphenyl-trichloroethane (DDT ) were sprayed inside people's houses. The disease was finally reradiated in the 1970s although there are still a few cases being brought to Europe by immigrants and other travelers.


The disease is transmitted by the female mosquito of the Anopheles species which loves the warm, humid conditions prevailent on the island


The salt village was equipped with schools, churches, houses and special facilities to accommodate the families of factory employees.


A real microcosm was created, a virtuous example of a flourishing industrial reality that grew up in a depressed area of the island.


With the advent of World War II, the dream of the Salt Community vanished. Salt production stopped and the workers and their families left the village.


Cagliari, in 1943, suffered a devastating bombing by the Americans. This was a diversionary tactic in preparation for the invasion of Italy. Cagliari was vertualy destroyed.


Reconstruction commenced shortly after the end of the war and was partly complete by the time Cagliari was declared capital of the semi-autonomous region of Sardinia in the new Italian republic in 1949.


A good deal of Sardinia's modern industry, especially petrochemicals, has since developed around the lagoons and along the coast as far as Sarroch in the southwest.


Today the industrial site still belongs to the Conti Vecchi society, but is controlled by Syndial, an environmental services company.


Syndial, together with the Italian Environment Fund (FAI), work in close collaboration for the enhancement of the saltworks and its transformation in a resource to show to the public.


The city of Cagliari is now watched over by a huge bronze statue of St. Francis of Assisi, patron saint of Italy, so it's in safe hands.


The Salt Village is definitely a tour to do next time we come to Sardinia but for now it's time to return to our cruise ship and be wisked away to our next destination, Rome.


It's a black tie dinner at the captain's table tonight which Julia has been really looking forward to but I'm afraid it all seems like a lot of pretentious nonsense to me. But I will dress up and show up and put on a happy face .


And yes, I do expect to get criticised for that remark. But please don;t get me wrong. I do fully realise how very lucky, how very privileged I am to have this opportunity, an opportunity denied to many deserving people. Please don't think I am ungrateful because I am not. It's just that to me, this cruse is about seeing and photographing lots of wonderful places I have not been to before. I'm really not that fussed about the dressing up bit.


I am sure that dining with us must be a chore for the captain. Of course he will make polite conversation but would we really be his first choice of dinner guests were it not part of his job? I am sure he will breathe a huge sigh of relief when it's over and I don't blame him one bit.


The adventures and mishaps of a man who makes his living selling salt in Sardinia's villages. Still a child, a prostitute mother sells him to the owner of salt pans on the coast. He becomes the man's plaything and slave. He grows into a solitary man whose friends are his horse and a fortune teller who has initiated him into manhood and perceives his future. 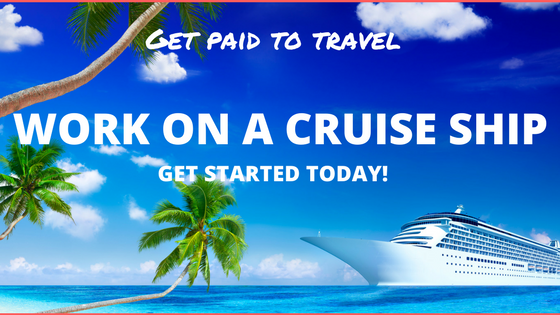